A vision we can borrow from Copenhagen

Here is an article Don Brown sent me. Check it out here.
This gives us an idea of what it could be like when cyclists start getting out there!
Thanks Don!
Posted by JDF Cycle Coalition at 3:56 PM No comments:

Email ThisBlogThis!Share to TwitterShare to FacebookShare to Pinterest
Labels: Inspiration from Europe, Ways of Encouraging People to Cycle

August 24th Council Meeting. This might be a good time for our members to show up at the Sooke Municipal hall to show a strong voice in support of cycle lanes. If these lanes get squashed, it could set a precedence that we don't want to see.
This is a letter from Neil Poirier;


Hi everyone,
I realize it is summer and people are not thinking about school issues however, an issue has come to my attention and I would like to have people giving it some thought. The District of Sooke is in the process of creating and adding sidewalks, walking trails and bike lanes in and around the town core. A bike lane has been proposed for Rhodonite, which has recently had it's speed limit reduced from 50 to 40 kmh, from Church to Otter Point rd. and is getting opposition from some of the residence on the road. The issue for them is that the bike lane will remove parking from the street, the issue for us is that the bike lane will add another safe option for our kids riding to and from school. I believe the issue will be brought to councils attention at a meeting on Aug 24th and would like to muster some support at the meeting. So if you can make it to the meeting and/or know someone who is interested in traffic safety and kids in Sooke let me know. I'll be out of town next week camping but will contact some of you the following week looking for support.
Hope you are all having a great summer.
Neil Poirier
Posted by JDF Cycle Coalition at 11:57 AM 1 comment:

Email ThisBlogThis!Share to TwitterShare to FacebookShare to Pinterest
Labels: Sooke

I have copied a letter from Dave Beer of the Nanaimo Cycling Coalition regarding the rail trail concept. It's worth a read and also please go to this Ministry of Transportation site and voice your opinion on the Feedback link

Feedback - E&N Corridor Study
I believe that the founding members of the Island Corridor Foundation have done a terrific job securing the E&N railroad right of way for public use. Prior to their involvement the probability was that it would be broken into smaller parcels for commercial development, something we don’t need nearly as much. We must seize the opportunity to redevelop the E&N right -of - way to maximize the benefit for the citizens of B.C. It may be a long costly process, but it will be well worth it in the end.
I would like to see the easement contain a multi - use path to be used by walkers, cyclists, roller bladers (non - motorized transport in general). I think that there are possibilities for using the existing railway system in ways so they can be commercially viable, so I am not suggesting a rail to trail conversion. Instead, I would like to see a rail with trail conversion, similar to the E&N Trail in Nanaimo. Pedestrians and cyclists share the right of way along the railway easement and where this is not possible the trail moves to adjacent roads. I believe that the railway easement is 33 meters in many places, so there should be plenty of room for both. My understanding is that there is currently a plan in the CRD to do just this in the most southerly part of the E&N Railway easement. (Times - Colonist story July 7, 2009)
British Columbia currently has three rails to trails corridors. They are the very successful and well used Galloping Goose Trail on the Island and two on the mainland, the Kettle Valley Railway Trail and the Great Northern Trail (Nelson to Salmo.) While these are significant, it should be pointed out that the much smaller province of Nova Scotia has made eighteen rail to trail conversions. The only trail with rail conversion in the province is the E&N in Nanaimo. It is a worthy goal to continue this trail for the full length of the E&N easement.
Can you imagine a safe, scenic recreational trail from Victoria to Courtenay - Comox and also across the Island to Port Alberni. This would be a giant boost to eco-tourism and would provide more jobs in many communities. The E&N Greenway (or whatever you choose to call it) could become a world class destination for hikers and cycle tourists as well as providing a wonderful recreational trail for B.C. families. We hear a lot about healthy lifestyles and this is one way that governments can support citizens developing a healthy lifestyle.
The provincial government spent millions off dollars to rebuild the trestles in the Myra Canyon on the Kettle Valley Railroad trail after they were destroyed by the wildfires in 2003. Vancouver Island deserves their support as well. This is also an initiative that should get support from the federal and municipal Governments. The provincial government can assure this happens by setting it as one of their priorities and encouraging the other levels to participate.
I would also like to see that the trains that use the existing railway have the capacity to carry bicycles. This is common in Europe, where cyclists use the train to travel to destinations and then use a bicycle while there. I could see myself travelling to Victoria by train and then using their trail system and roadways to explore the city. This would be a beautiful trip and would be one less car travelling over the Malahat ! Such trips could also be made to Duncan, Nanaimo, Courtenay - Comox, or Port Alberni. All it would require is greater frequency, a more sensible schedule and the capacity to carry bicycles.
Although these views are mine I have heard similar feelings expressed by other members of the Greater Nanaimo Cycling Coalition and members of the Parksville chapter of the Cross Canada Cycle Touring Society. I look forward to seeing positive steps being taken to make a recreational corridor / greenway a part of the existing E&N railroad.
Regards,
Dave Beer
Posted by JDF Cycle Coalition at 11:45 AM 1 comment:

Here is a copy of an email received from one of our members, Don Brown, regarding rumble strips on the highway. It's something I haven't encountered myself, but it's worth being aware and keeping in mind when we advocate for cycle routes.

"I would just like to share with you a couple of near death experiences I had the other day riding down the Malahat to Victoria.
While coasting at a speed of 40+ km/hr down the Malahat I found the shoulder I was riding on was becoming narrow. It was made worse by the rumble strips along the shoulder. As I rounded a corner I came upon some debris on the shoulder. Normally I would have dodged the material by either moving momentarily onto the road after checking my rear view mirror or dodging it on a wider shoulder. On the narrow shoulder I had no where to go. The rumble strips I have found to be very dangerous for me to ride on with my recumbent bike and the alternative was the ditch which would have resulted in serious injury. I had no choice but to hit the debris and try to stay upright. I barely managed to keep my balance and avoid serious injury or worse. This happened to me twice in one ride - the debris included rocks and loose gravel and the other was pieces of tire and broken glass.
As the Ministry continues to add rumble strips, know that it adds a risk for bicycle riders and at the very least, it would be adviseable to have wider shoulders where the rumble strips are used."

-PROMOTE HEALTHY, SAFE AND ENJOYABLE CYCLING FOR PEOPLE OF ALL AGES THROUGH EDUCATION OF CYCLISTS AND MOTORISTS
-IMPROVE CYCLING INFRASTRUCTURES BY WORKING WITH LOCAL GOVERNMENTS AND ORGANIZATIONS
-INCREASE USE OF CYCLING AS SUSTAINABLE TRANSPORTATION AS WELL AS RECREATION

Our emphasis is on urban and developed trail riding. 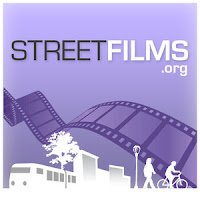 SOOKE TRANSITION TOWN
it's a worldwide movement. Check it out! 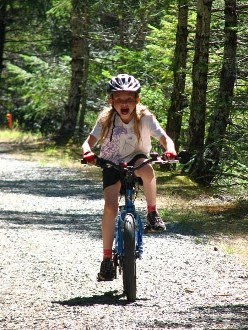 Some of our Projects

-Cycle Safe for Youth with RCMP

-Linking Galloping Goose Regional Trail with the Village of Sooke

-Working with BC Transit to get bike storage at Park and Ride in Sooke and to increase bike carrying capacity on buses.

-Being involved with the CRD Pedestrian and Cycle Master Plan via the Citizens Advisory Committee.

The Art of Cycling 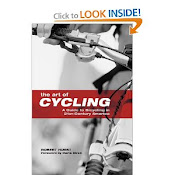 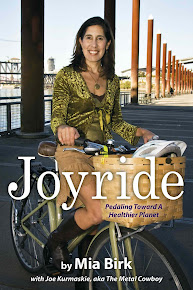 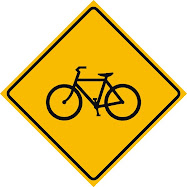